MOUNT DORA, Fla. — In their 29 years of marriage, Troy and Rebecca Allen have devoted themselves to caring for children.

Through birth, adoption and foster care, they’ve raised — or helped raise — more than 40 boys and girls.

They’ve spent the past six years as houseparents at Mount Dora Children’s Home, founded in 1945 in this pictuesque town of 14,000 about 35 miles northwest of Orlando.

Rebecca and Troy Allen, houseparents at Mount Dora Children’s Home in Florida, attend the Network 1:27 conference at the Rosen Centre Hotel in Orlando.

“It’s what God put on our hearts,” Troy Allen said during the recent 68th annual conference of Network 1:27, formerly known as the Christian Child and Family Services Association.

Network 1:27 — which comprises 47 member agencies, all associated with Churches of Christ — takes its name from verses in Genesis, 1 Samuel and James.

James 1:27, the most famous of those Scriptures, says, “Religion that God our Father accepts as pure and faultless is this: to look after orphans and widows in their distress and to keep oneself from being polluted by the world.”

At the start, group homes — like the one where the Allens serve — became the norm.

But for many faith-based agencies, the past few decades have brought changes in approach and philosophy, according to leaders who attended Network 1:27’s four-day conference at the Rosen Centre Hotel in Orlando.


Related: Why children’s homes matter to this editor


The changes reflect, in part, the difficulty of finding Christian couples willing to serve as houseparents — a typically underpaid, overworked role requiring a 24/7 commitment.

Other factors include a national push to keep biological families together, unless absolutely necessary to remove a child, and the federal Family First legislation of 2018, which limits group-care placements to the most difficult situations.

“I can certainly attest to it currently being a challenge,” said Gary Hicks, executive director of Childhaven Inc. in Cullman, Ala. “It takes a very special couple to be willing to uproot their lives and move to our campus to be houseparents.”

A big concern for Hicks: high turnover of houseparents.

“We are attempting to address this with better compensation and benefits, improved professional, personal and spiritual supports, more time off than our state standards require, etc.,” he wrote in response to a Christian Chronicle survey.


Shawn Hull, executive director of Cherokee Home for Children in Texas, said houseparents “must have a heart for the mission.”

“It is impossible for them to see it as a job and last,” Hull said. “We cannot pay enough to make it worth the hard, long hours and heartbreak that come with this career. We are blessed with parents with a heart for Christ first and a desire to share that with the kids they love.” 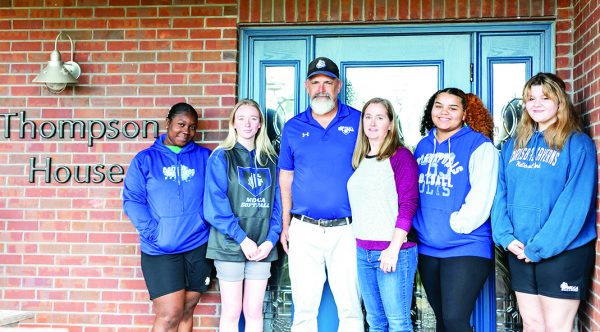 Mount Dora houseparents Troy and Rebecca Allen with some of their girls.

At several campuses, cottages sit empty because of a lack of staffing.

“For years, we have been blessed with the longevity of houseparents,” said Randy Schow, executive director of Mountain States Children’s Home in Longmont, Colo. “However, the restrictions of COVID were hard on our houseparent staff.

“Over the last two years, in general, Christians seem less motivated to seek positions in which they can care for children.”

“Some houseparents became ill and left houseparenting,” Crowder said. “Others seemed to shy away from hiring on in a ‘group’ setting in which infection from COVID may be more likely.

“Over the last two years, in general, Christians seem less motivated to seek positions in which they can care for children,” he added, “as evidenced by the dramatic decline in the number of inquiries for houseparenting positions.” 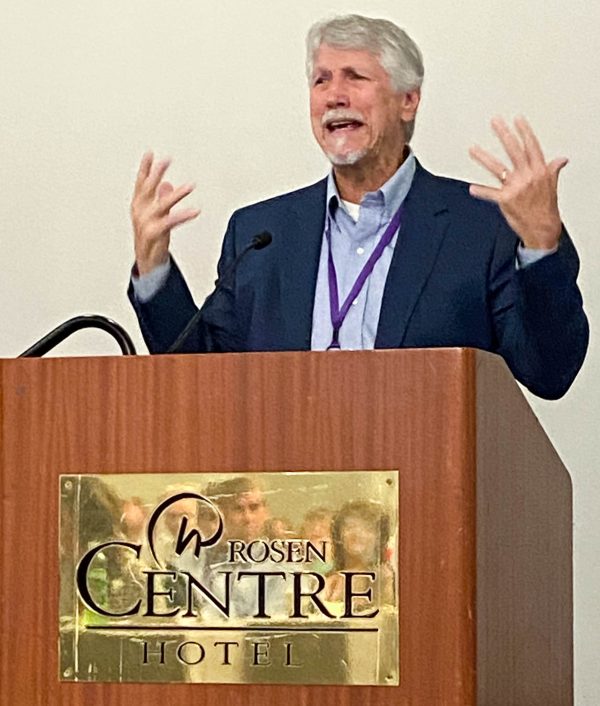 In fact, Sherri Statler, president and CEO of Christian Homes and Family Services in Abilene, Texas, said her agency changed its model for foster care in 2005.

At that time, Statler said, the Texas nonprofit closed a group home and “began aggressively recruiting families to provide foster care in their private homes.”

But she stressed, “Finding Christian families willing to foster children in their homes can be just as challenging as finding group-home houseparents. It’s just a different kind of search.”

In 2007, faced with a shortage of houseparents for its maternity home, the Abilene agency shifted to an independent living model. 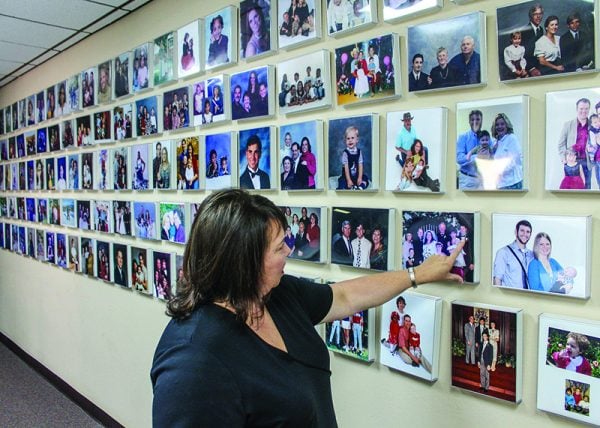 In 2017, Sherri Statler reminisces about some of the many babies adopted through Christian Homes and Family Services in Abilene, Texas.

“We now provide each young woman with her own completely furnished apartment and focus on helping her learn life skills that will result in her long-term success,” Statler said.

At Childplace Family Services in Jeffersonville, Ind., “It became increasingly difficult to find families willing to move to our campus,” said Nathan Samuel, president and CEO.

As a result, Childplace began to focus on residential treatment, which Samuel describes as a step between foster care and psychiatric hospitalization. 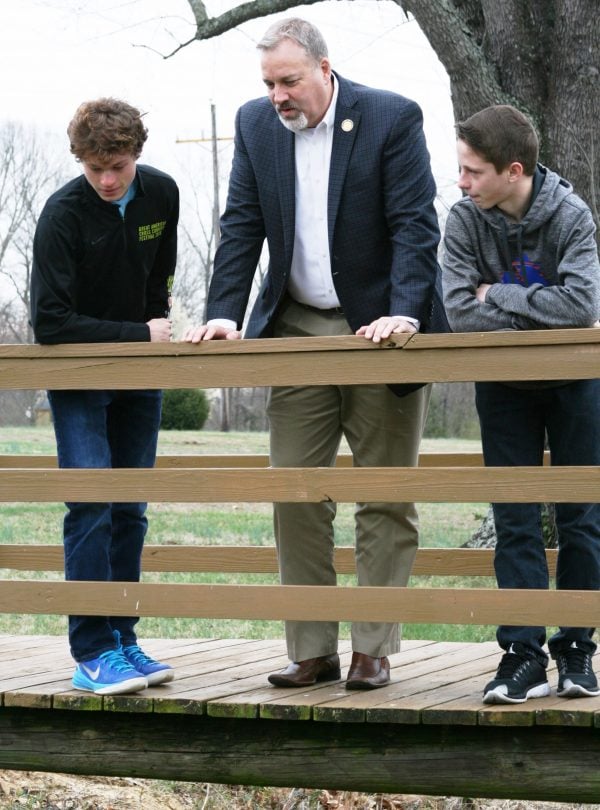 “There are many kids that have suffered severe trauma and abuse who need professional counseling, therapy and treatment to overcome those issues so they can move past them and get back on track with their lives,” Samuel said. “I have seen, over the past 20 years, more agencies go to this treatment approach.”

At the same time, other leaders said the need for traditional group homes remains strong

“You can’t take this type of care out of the continuum of care,” Mountain States’ Schow said. “It offers a support system that is crucial in providing a deeper level of care than what foster care or kindred care can provide. In 2019, we received nearly 1,000 referrals from parents needing help for their children.”

Back in Mount Dora, a hybrid approach has replaced the longtime focus on group homes.

In a community with sprawling canopy oak trees, the Florida children’s home has cared for 1,620 children in group homes over the past 77 years.

But while the ministry once operated a half-dozen group homes, it now has only two — and one of them, normally a boys’ cottage, is occupied temporarily by a single mother and her six kids.

More than a decade ago, frustration with helping children temporarily only to return them to dysfunctional households prompted the creation of a new program serving entire families, said Chuck Shepherd, Mount Dora’s longtime children’s home director.


So — on its campus not far from the town’s specialty stores and antique shops — the nonprofit equipped private homes and apartments to serve single parents and their children.

In 2019, Gary Cox speaks at a Sunday night gathering of single mothers and their children at New Mexico Christian Children’s Home in Portales.

Besides the six foster girls who live in the Allens’ cottage, Mount Dora Children’s Home serves nine single mothers and their 25 boys and girls.

“It’s been a blessing for me and my son as well.”

During the two-year program, single mothers — and occasionally single fathers — pursue higher education, learn to budget and save money and receive training on parenting.

While in the program, all the families attend local Churches of Christ.

“It’s been a blessing for me and my son as well,” said Sakia Duperme, mother of 11-year-old Nehemiah, who receives free tuition to attend Mount Dora Christian Academy. 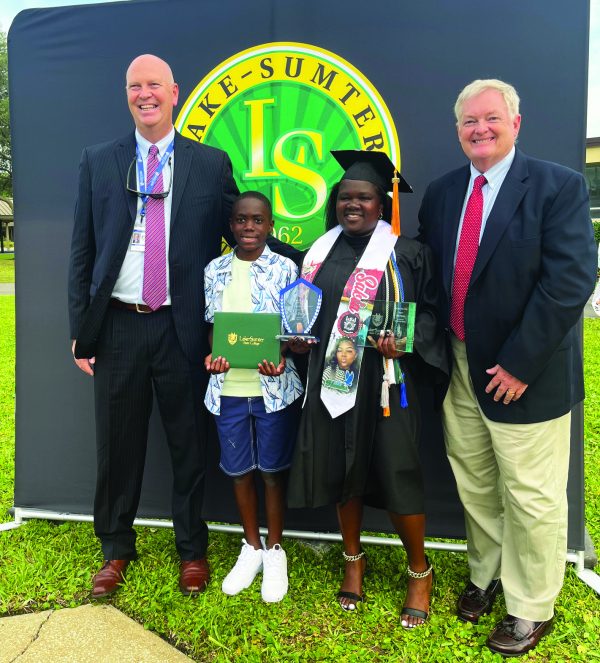 “I didn’t have to, you know, just get rid of him so he can have a better life,” she added. “But he was able to stay with me.”

Duperme grew up in what she describes as a rough part of Miami.

“It was just, like, killing and shooting going on every day,” she said. “It was nothing positive being there.”

But now Duperme, 28, has earned an associate degree at Lake-Sumter State College in nearby Leesburg, Fla. She even was chosen to speak at commencement.

She’s more connected to God, too, as she related to Network 1:27 attendees who toured Mount Dora’s facilities.

“Before my son and I go to sleep, we make sure that we’re praying with each other,” she told the Chronicle.

Through the single-parent program, Mount Dora has served a total of 147 individuals, according to its latest records.

However, Shepherd emphasizes that traditional group homes will remain a part of the agency’s emphasis.


“There’s always going to be a need for that,” he said.

That means there will remain a need for houseparent couples such as the Allens, who plan to move soon to Clarksville, Tenn., to be closer to family and work with the Christian school where Troy Allen’s brother-in-law, Brad Moser, serves as president.

Wherever they are, the Allens will remain forever tied to the children to whom they have devoted their lives. 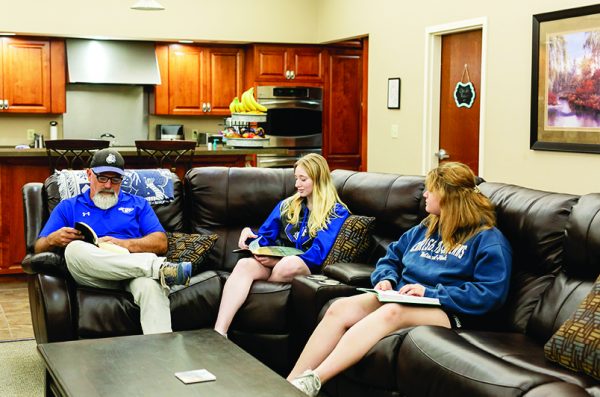 Housefather Troy Allen leads a Bible study in the Mount Dora Children’s Home cottage where he and his wife, Rebecca, have served for six years.

“I don’t know where it comes from or why, but I just feel like I need to help them be successful people all around,” Rebecca Allen said. “Just help them grow spiritually, educationally. Just help them get past whatever it is they’ve been through.”

“For us, it’s just been what we do and what we believe God has prepared us for,” Troy Allen said of working with children. “It’s just life.”

BOBBY ROSS JR. is Editor-in-Chief of The Christian Chronicle. Reach him at [email protected].

Meeting people where they are to bridge health gaps

Our daughter had a year left to live. We had to do something wonderful with the time she had left.

This website uses cookies to improve your experience while you navigate through the website. Out of these cookies, the cookies that are categorized as necessary are stored on your browser as they are essential for the working of basic functionalities of the website. We also use third-party cookies that help us analyze and understand how you use this website. These cookies will be stored in your browser only with your consent. You also have the option to opt-out of these cookies. But opting out of some of these cookies may have an effect on your browsing experience.
Necessary Always Enabled
Necessary cookies are absolutely essential for the website to function properly. This category only includes cookies that ensures basic functionalities and security features of the website. These cookies do not store any personal information.
Non-necessary
Any cookies that may not be particularly necessary for the website to function and is used specifically to collect user personal data via analytics, ads, other embedded contents are termed as non-necessary cookies. It is mandatory to procure user consent prior to running these cookies on your website.
SAVE & ACCEPT